This is the ISOM map. There is also the Buck Eye Knoll (McQueen) sprint map in the same area.

Download 1 is of a layout file included that was used for 2016 Sage Stomp.

Download 2 is raw map file of entire area updated in 2016.

Download 3 is old map file of combined grasslands and mcqueen. 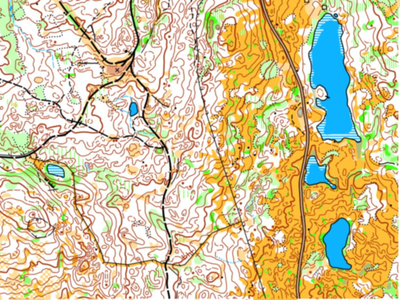