Map based on photogrammetry; original map specified 5m contours but complaints after the first event revealed that it was 7.5m.

Gardens Creek Ranch; map is mostly on crown lease; the late Jim Farmer was the contact; now his son

May 2022 Sage Stomp XXXVII with Training, Middle, and Long.

PICTURE TAKEN BY SAGE ON MAP: 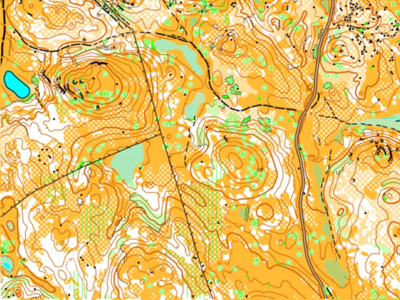