Major updates in 2017 to all trails, vegetation, and nearby subdivisions on the edge of the map. No changes to contours whatsoever. Black pits vs. depressions could use some work, but would require a fair bit of fieldwork.

Private Land around outer edge of map, as well as private parcel in the middle marked with OOB Purple in map file. 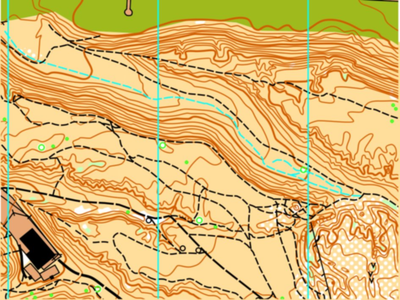