Created in 2017 by David Bakker with Open Orienteering Mapper. There are several homeless camps on the map which were not entered by the mapper and have been marked out of bounds. Map will need updating when/if these camps move.

Northern half of map (north of impassable fence) is City of Vernon Park, while the southern half is more varied. Eastern part of the map is also City of Vernon Park, with some private property on the far south end. The largest building is the hospital, and second largest a care home. Access to the more interestring parts of the care home would require permission, and has been mapped as if permission is not granted. Just to the east of that is Military Land and has been mapped as Forbidden Access and is entirely surrounded by an impassable fence.


No set usual location yet.

PICTURE TAKEN BY SAGE ON MAP: 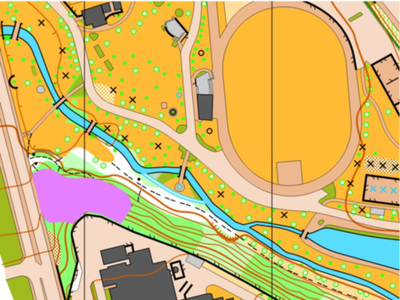